After the Camry, the Corolla is one of the fastest selling and popular car in Toyota’s line up of cars. And, the 2009 Corolla is a class apart and unique in every sense. If you are on the lookout for a pre-owned Toyota car, look no further than the power packed Toyota Corolla- 2009. 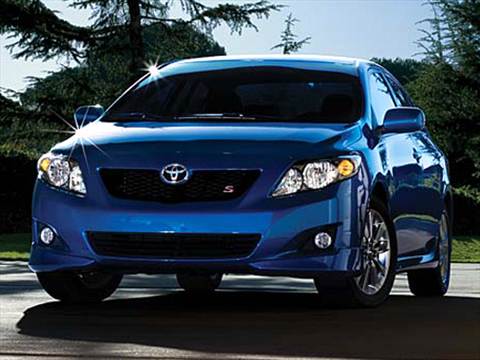 While there are no major changes in the basic trim, the XRS trim has interiors that are stylish and elegant. The seats are comfortable and wrapped in high-quality black leather. There is ample rear legroom and headroom as well as hip room in the car. You can easily place a convertible child seat in the bucket seats of the Corolla. A conventional dash carries the speed, engine revs, fuel, and ancillary data on the basic trims. The XLE and XRS however, employ electroluminescent Optitron gauges for better clarity. The trunk is more than adequate and measures 12.3 cubic feet.

The 2009 Corolla’s exteriors are not boring and standard like its predecessors. It has larger wheels, aggressive body moldings and a rugged rear spoiler. A black mesh pattern grille, fog lamps, and black headlight housings give the car a distinctive look. On the whole, the exteriors look sharp and stand out in a crowd.

All 2009 Toyota Corolla trims except the top end XRS use a 1.8-liter four-cylinder inline engine fitted with a five-speed manual or four-speed automatic, that produces 132 hp and 128 lb-ft of torque. The car gives 27 mpg in the city and 35 mpg on the highway. The car uses a timing chain instead of a belt, which translates to reduced service costs.

Like all other models, the Toyota Corolla features safety features such as ABS that automatically senses when a tire has stopped and helps modulate the brake pressure to enable the tire to rotate. It also has front impact air bags for both the driver as well as a passenger to protect them from head injuries during a frontal crash. The car is also fitted with side impact and overhead airbags to protect the torso during a collision. Other features include seat belt pre-tensioners that tighten the seatbelt to keep the occupants in an optimal seating position in case of an accident.

If you cannot afford a new car, and still want to own a Toyota, the 2009 Corolla is a car you can consider. Walk into Certified Headquarters for a test drive of the 2009 Toyota Corolla. The staff at our dealership will answer all your queries regarding the car and help you make an informed decision.